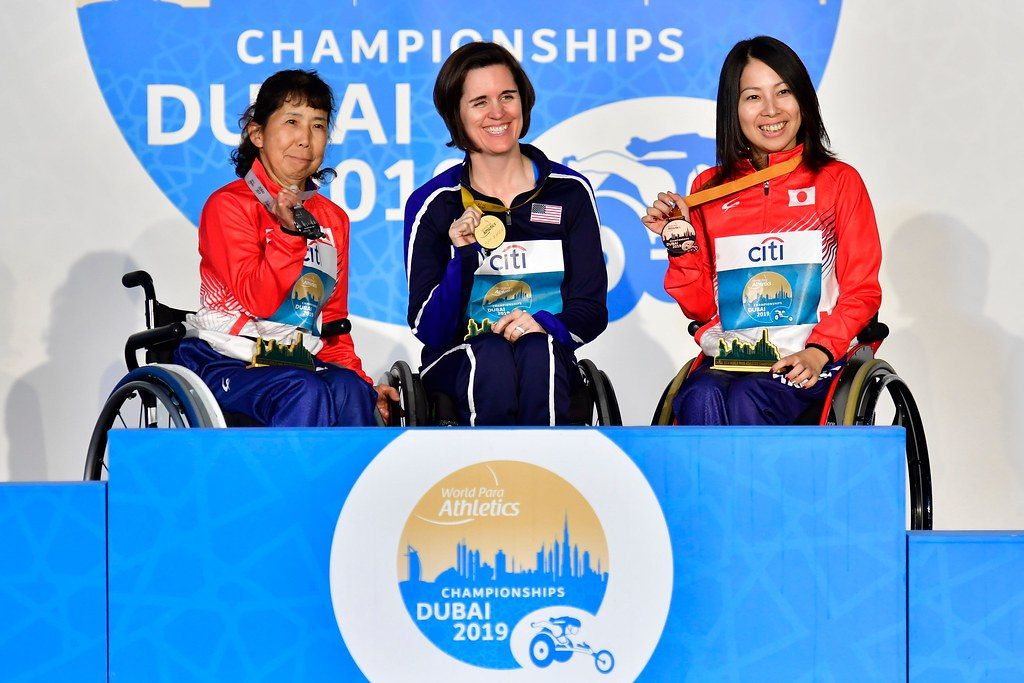 Imagine this, you have worked hard throughout your sporting career to the pinnacle event of your life (such as the Paralympics) and just before you could celebrate the triumph of being the best in the field by looking forward to competing in the upcoming Paralympics, you were told that your sports event has been scrapped. All these were not your fault, but it has been your worst nightmare ever since the news broke out.

Also, the NPCs were informed if the events identified above did not meet the minimum eligibility criteria by the end of the 2019 World Para Athletics Championships, they would be removed without replacement events being added to the Tokyo 2020 medal event programme. Only five athletes competed in the women’s T52 100m competition at the Para Athletics World Championships in Dubai, representing four National Paralympic Committees.

To be fair to all five athletes who competed in the Para Athletics World Championships in Dubai, let’s look at how this debacle first evolved as we went to look for answers on what went wrong and what it should have been.

There are several ways and options for an athlete (in Athletics) to qualify for the Paralympics and the IPC has laid out the criteria via the following order:

The following is an excerpt from Tokyo 2020 Paralympic Games – Qualification Regulations Athletics showing two out of seven ways that were most applicable to this topic which refers to the “direct slot allocations“:

QUALIFICATION SYSTEM
Qualification slots will be allocated as follow:

The top four (4) ranked athletes at the 2019 World Para Athletics Championships in each of the Individual medal events on the Tokyo 2020 Paralympic Programme (excluding Marathon) will each obtain one (1) qualification slot for their respective NPC.

In the case that an athlete is ranked first to fourth in more than one medal event, the athlete can only obtain one (1) qualification slot for their NPC.

Athletes who have obtained a qualification slot at the 2019 World Para Athletics Marathon World Championships cannot obtain an additional slot for their NPC through this allocation method or vice versa.

In the case that fewer slots are allocated through this method than available in the quota, World Para Athletics will allocate the remaining slots via the Qualification Ranking Allocation method…

World Para Athletics will establish a 12-month Qualification Ranking from 1 April 2019 to 1 April 2020 for each of the Individual medal events on the Tokyo 2020 Event Programme except for the Marathon medal events.

The Qualification Ranking will only recognise athletes who were licensed at the time they achieved the result in accordance with the IPC Athlete Licensing Programme Policies valid for the 2019-2020 seasons and who hold an international sport class status of ‘Review’ or ‘Confirmed’ prior to 1 April 2020.

Athletes who have obtained a qualification slot through the aforementioned methods cannot obtain an additional slot for their NPC through this allocation method.

In the case that fewer slots are allocated through this method than available in the quota, World Para Athletics will allocate the remaining slots via the Representation Allocation method…

From the above excerpts, it stated clearly those who participated in the Para Athletics World Championships in Dubai would be given qualification slots based on the method via 2019 World Championships Allocation (Dubai, UAE) and not via Qualification Ranking Allocation. However, as there were only five (5) athletes from four (4) nations competed, IPC has deemed that it did not meet the minimum required eligible criteria.

Let’s look at the eligibility criteria or an event viability requirement for the 2019 Para Athletics World Championships in Dubai, here’s the excerpt:

World Para Athletics shall review the event viability following the close of the final name on 01 October 2019. In the case an event did not meet the above viability criteria by final entry, World Para Athletics reserve the right to combine such event with other event(s) where appropriate and applicable. In such combined field events, the Raza point system may be used to determine the placings.

World Para Athletics also reserve the right to either cancel such events or run them as non-medal events.

In the case the entry number of an event dropped below the aforementioned event viability criteria due to withdrawals after 01 October 2019, the event shall still be run as a Medal Event and the medals will be allocated under the “minus one” rule.

If the event viability requirements are consistent then an event which was deemed as viable in the Para Athletics World Championships in Dubai shall be the same for the Tokyo 2020 Paralympics Programme. There are no other specific criteria could be found at the time of this article being written and published.

The women’s T52 100 metres event already facing an “extinction” when the world-record-holder for the event, Michelle Stilwell, from Canada decided to retire after Paralympics Rio 2016. This followed by the demise of the tenacious Belgian Paralympian, Marieke Vervoort, through euthanasia on 22 October 2019. What’s left from the Rio 2016 T52 Women racers are Kerry Morgan (USA), Yuka Kiyama (JPN) and Norsilawati Sa’at (SGP).

To regain the status of viability at the Para Athletics World Championships in Dubai, we saw the return of Japan’s Teruyo Tanaka, who at 60-years-old, made an impact with a season-best to secure the second spot for the event followed by her third-placed teammate, Yuka Kiyama and the fourth placing went to Norsilawati Sa’at of Singapore. Even the Mexican, Lucia Sosa Vazquez, played a part in maintaining the viability of the event whilst managed to clock her personal best at a very close fifth place. And not forgetting Kerry Morgan’s gold medal performance. In the end, all of that was for nothing as their dreams toward Tokyo 2020 Paralympics were shattered in dismay.

The five (5) athletes from four (4) nations were; Kerry Morgan (USA), Teruyo Tanaka (JPN), Yuka Kiyama (JPN), Norsilawati Sa’at (SGP) and Lucis Sosa Vazquez (MEX). You couldn’t ask for more athletes at this point in the world championships where all entries went through the minimum qualifying mark and which all five (5) athletes did.

There may be arguments on how IPC came to its decision for removing the one-and-only event for T52 Women in para-athletics. The decision might have contradicted the guiding principles of the Paralympic Sports Programme which outlined the following foundation; Excellence, Diversity, Universality, Integrity and Sustainability. The last thing the para sports world needs is IPC drifting away from the history of the Paralympic Movement due to the underlying constraints that the modern-day sports have evolved along with its performance expectations. Hence, what’s there left for the Paralympic Movement in the future?

Participating nations would simply be frustrated with the limited opportunities out there for their para athletes to compete in the future. Following that, substantial development plans ought to be employed by the world governing bodies responsible for their respective sports and to keep its events viable. An NPC could never do this alone when it comes to para sports and that’s a fact. Stringent rules are necessary when needed but not to the extent of having to “assassinate” a sporting event which supposedly requires a boost in global development and awareness.

Having said all that, there’s still a possibility to save the T52 Women event by the application of Bipartite Commission Invitation Allocation – if all agreed whilst there’s still time to make amends.

To be considered for a Bipartite Commission Invitation slot, NPCs must submit an official application in writing to World Para Athletics by 1 June 2020.

The above excerpt from the Tokyo 2020 Paralympic Games – Qualification Regulations Athletics indicated that such allocation may be used to protect the viability of certain medal events. For this instance, why don’t such rule apply to the T52 Women 100m event?

Presumably, it might be as simple as when they want it, they do it and if they don’t then they thrash it. Do they even consider the impact for the removal of the event, in the first place, by depriving five (5) para athletes who fight for their “existence”? We’re not talking about three or lesser number here.

If as mentioned by IPC that five (5) athletes from four (4) nations were deemed as ineligible to meet the minimum criteria as opposed to the earlier quoted excerpts, one would question; which IPC published criteria have we been missing?

Or eventually, IPC would apply the controversial blanket rule of “… reserve the right to either cancel such events…” leaving it at the utmost ambiguous situation.

Nevertheless, all affected nations were dumbfounded by IPC’s decision and at least there’s no doubt about that.

As one of the Paralympic Values, Equality – Through sport, Para athletes celebrate diversity and show that difference is a strength. As pioneers for inclusion, they challenge stereotypes, transform attitudes and break down social barriers and discrimination towards persons with disabilities.