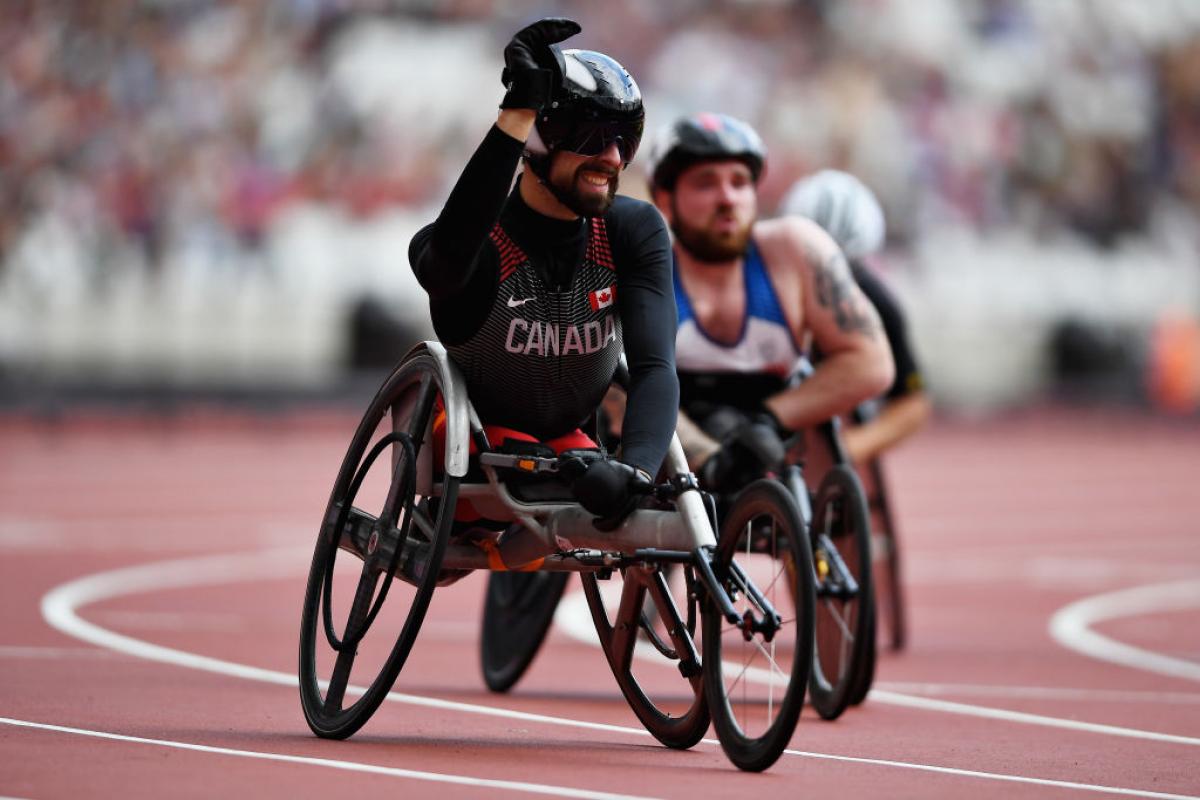 One week after racing to new world records at the Nottwil Grand Prix in Switzerland, Canada’s Brent Lakatos and USA’s Daniel Romanchuk were at it again – this time at the Swiss Nationals in nearby Arbon.

Lakatos, who turned 39 on Saturday (1 June), celebrated his birthday in superb style, re-writing the record books in both the 400m and 800m T53.

“This was the most amazing birthday ever! A WR in the 400m and a big win in the 1500m! Thank you all for the kind birthday wishes! 39 years old and not slowing down!”

Later, he posted on social media: “This was the most amazing birthday ever! A WR in the 400m and a big win in the 1500m! Thank you all for the kind birthday wishes! 39 years old and not slowing down!”

Sure enough, Lakatos showed his pace over 800m the following day, crossing the line in 1:31.69. The time was 0.22 seconds faster than Lakatos’s previous best set in Arbon in 2017.

The UK-based wheelchair racer holds world records in all distances from 100m up to and including 1,500m.

The first world record to fall in Arbon was the men’s 100m T52, thanks to reigning world champion Ray Martin.

The 25-year-old USA athlete lay down his marker for the remainder of the season with a time of 16.41 at the Daniela Jutzeler Memorial on Friday (31 May), the first of the three days of competition. Martin’s time was 0.05 seconds faster than his previous record-mark set on the same track four years ago.

Ktila went on to lower his 200m T34 world record too, powering well clear of the field to cross the line in 25.91.

Great Britain’s Hannah Cockroft smashed her own world record in the women’s 400m T34 – a distance she says she loves to race – stopping the clock at 57.48. Cockroft’s time was 0.25 seconds faster than her previous which she set in Arbon two years ago.

Germany’s Stefan Strobel set a new world record in the 10,000m T51 – his time of 35:25.30 more than 25 seconds faster than the previous best set by South African Pieter du Preez.

Meanwhile, around 400 miles away in Halle (Saale) in the east of Germany, Niko Kappel obliterated the world record in the men’s shot put F41.

The 24-year-old Paralympic and world champion threw a massive 14.11m in the sixth and final round of competition, adding no less than seven centimetres on to the previous record of 14.04m set by Poland’s Bartosz Tyszkowski at last year’s European Championships.

Kappel, who had impressed at the Nottwil Grand Prix where he threw 14.01m – just one centimetre less than his previous personal best – took to Instagram after his latest achievement, posting:

“Thank you to all who have followed and supported me! It was a great competition!”